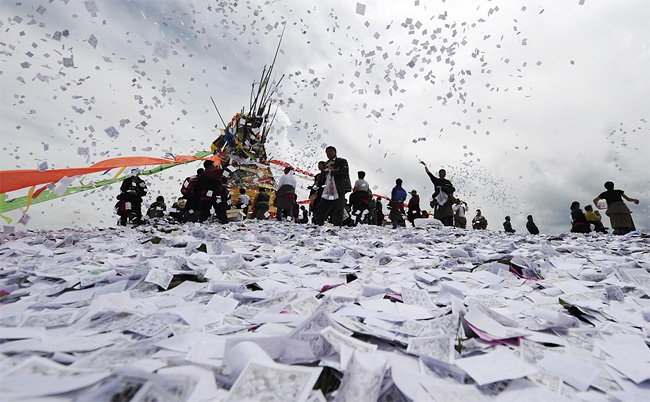 Composed by Yue Song.
This piece was written for Chinese Orchestra and was performed in 2016. It describes the grand impression of seeing the ceremony, the sincere emotions that Tibetans offer to this world.

Wei Sang (煨桑) is a ritual where Tibetan people use the smoke from igniting pine branches and worship the heaven, the earth and their gods.

This tradition comes from an old story. The ancestors went out for a fight or hunting but they were worried that they would catch something unclean and bring the bad luck home. For this, the villagers, since they used smoke and water to clear out the bad luck, started to burn pine branches and vanilla in the wild and prepared water as well. And many years later, people started to believe that the gods can receive messages though the smoke of pines.

In 2018, she came to Ireland to commence PhD studies under Professor Gráinne Mulvey in TU Dublin Conservatory of Music and Drama.

She originally comes from a classical music background, and she is interested in a lot of different styles of music and artforms, especially theater and literature – for this reason she’s always been particularly interested in opera and likes to write her own librettos.

She has composed works in various genres, such as opera, orchestra, Chinese orchestra, various combinations of ensembles, solo pieces, and electronic music.